The Pets and Love
Give Love. Get Love

Rhodesian Ridgeback is one of the most popular breeds in the world. Moreover, they have a very attractive look and many people like them. For many of us, these dogs become almost complete family members. So if you want to get this dog you’d probably ask: How much does a Rhodesian Ridgeback cost? 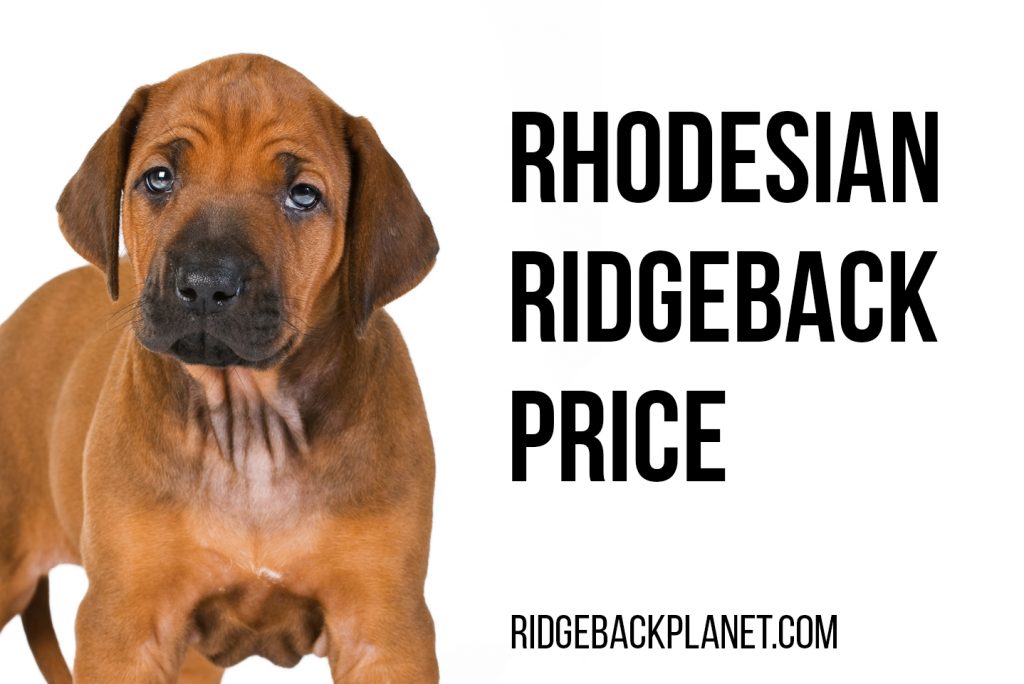 The price could depend on a breeder, state or country. But in general, the price varies from $700 to $2500 for one puppy like this.

Why I’m talking that the price could differ is because my sister managed to buy this dog for $300 from the breeder whose male Ridgeback takes part in different competitions and won a lot of prizes. The puppy grew with its mom in good living conditions and with appropriate care. Furthermore, it has a perfect ridge without any defects.

So what’s the case? She did this purchase in Ukraine where the price can differ from the price in the United States and she didn’t take any documents which prove the genealogy of this puppy. That’s the reason why it was cheaper than usual.

Is there any cheaper way to get Rhodesian Ridgeback?

The answer is yes. There is a way to get a cheaper breed of this dog and here are the available options:

How Much Cost To Feed Rhodesian Ridgeback? 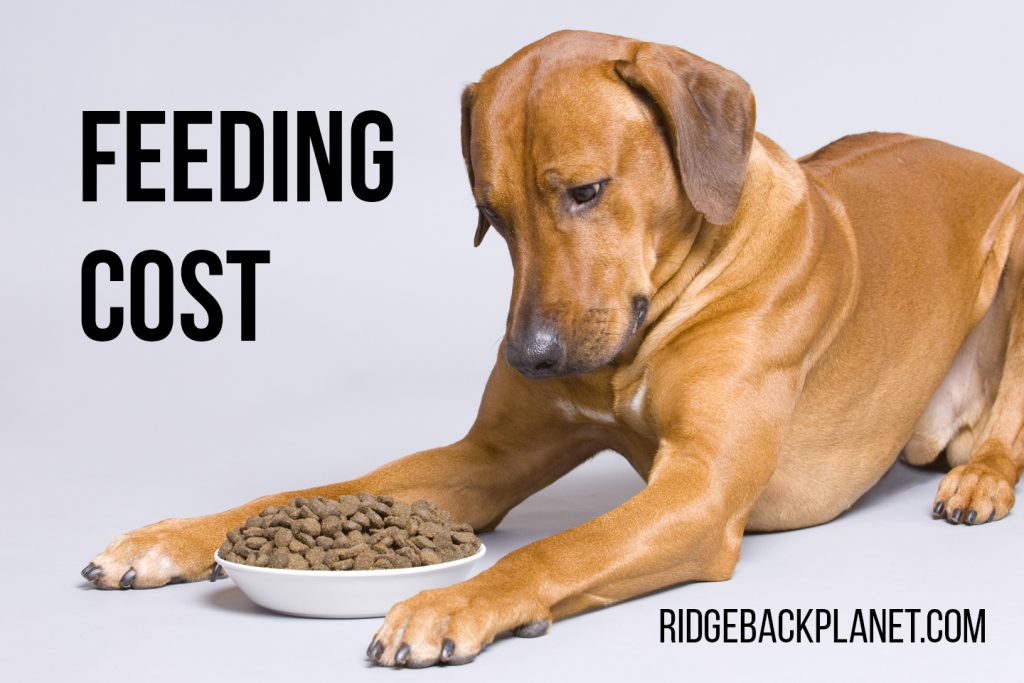 Before we jump into that question, let’s consider, the history of this breed.

It was established in 1922 by F. R. Barnes in south Rhodesia which is known now as Zimbabwe. This breed came up from its early ancestors which were used by Khoikhoi people as a guard dog. These dogs were described as ugly but at the same time ferocious towards their enemies.

Later by the 1860s European breeders have imported some European breeds into Africa like Bloodhounds, Great Danes, Greyhounds, and terrier. Eventually, they crossed their European breeds with African dogs including those used by Khoikhoi. The end result was a new breed which is now called “Rhodesian Ridgeback”.

This breed was mainly used to defend against lion attacks and to keep them in place while waiting for their masters to come and kill the enemy.

Taking this into account it’s not strange that this dogs are quite active and use a lot of energy. Normally they require about 1 600 calories per day. But if the dog does some activity and runs a lot, sometimes it burns up to 2 500 calories which is the same as a human being.

For my 6 months Rhodie called Cooper it takes about 3 cups of food each day. For the adult Ridgeback the number of cups may decrease but the amount of calories increases. So, in general, the amount of money it takes to feed this dog (6 months old) is approximately from $40 to $70 per month. But please, note, the price can vary depending on food quality and calorie count.

So if you want to decide whether to buy Ridgeback or not, please consider the food price. In this case, you wouldn’t be astonished at how costly is keeping this dog.

How much cost vet services?

We can’t avoid discussing this question because the health of your pet is critically important if you want to have a pleasure from keeping the dog. But in this question, I can surely say that Rhodesian Ridgebacks are very healthy bread. I know that from the personal experience.

For the last 6 month, my sister’s puppy didn’t get sick any time. Cooper is growing healthy and cheerful with a lot of energy and a good appetite.

However, if talk about vet expenses I don’t only mean the health of the dog. It mainly includes the price of the veterinarian services and doing a different kind of vaccination. The first year of the puppy lifetime is the most expensive because you have to do all this vaccination.

But let’s talk about exact numbers.

According to the American Pet Products Association (APPA) it takes about $1 843 for the first year of the large dog breeds. This price also includes initial vaccination and check-ups.

But as I said before, Rhodesian Ridgeback is the breed which usually does not suffer from common diseases and which is also known as one of the healthiest dog breeds. However, sometimes, this breed can suffer from minor health problems, like elbow dysplasia, hypothyroidism, and dermoid sinus issues or canine hip dysplasia. But this health problems are very rare and do not concern this dogs a lot.

What Is the Training cost? 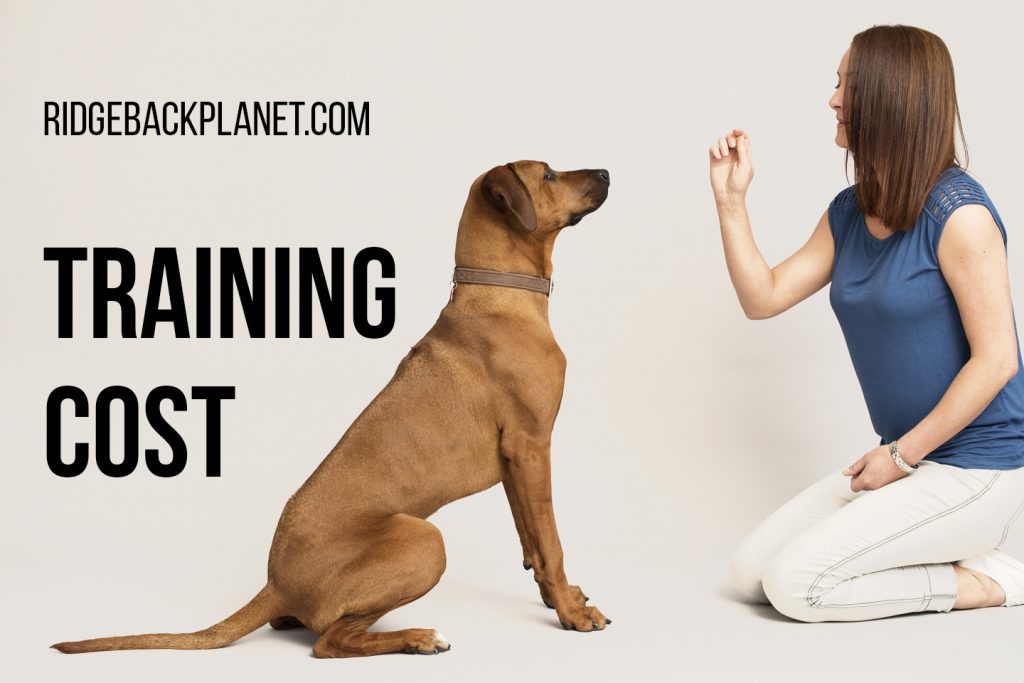 It’s really important to have appropriate training before your puppy would grow up. You can train the dog by yourself or you can hire the trainer to help your puppy acquire good manner. This will also help you because the trainer could teach you how to deal with the dog, so he will continue to be obedient.

Having appropriate training you will avoid many problems including having your puppy extremely excited when your friends or relatives come to your house.

Also, good training decreases chances your dog would bite somebody, so you wouldn’t pay for medical treatment and lawsuit. It’s not apparent reason for but it’s worth considering to avoid the problems in the future.

There are many other advantages of this, but anyway, It’s worth paying especially if you haven’t trained the dog before.

As you can see the numbers are quite general but I hope it helped you to roughly understand the price you have to spend on the training.

There are other expenses which are sometimes related to travel with your pet or without it. In the first case you have to have a crate to transport the dog and in the second case, you have to pay somebody to walk with your dog. Again, the price can vary but in general, it costs about $22 per half-hour per dog.

If you’re on vacation having the rest on some exotic islands, sometimes it’s not a good idea to take your Ridgeback with you. You would probably want somebody taking care of your dog. In this case, It will cost from $25 to $45 per night.

Why should you buy Rhodesian Ridgeback? 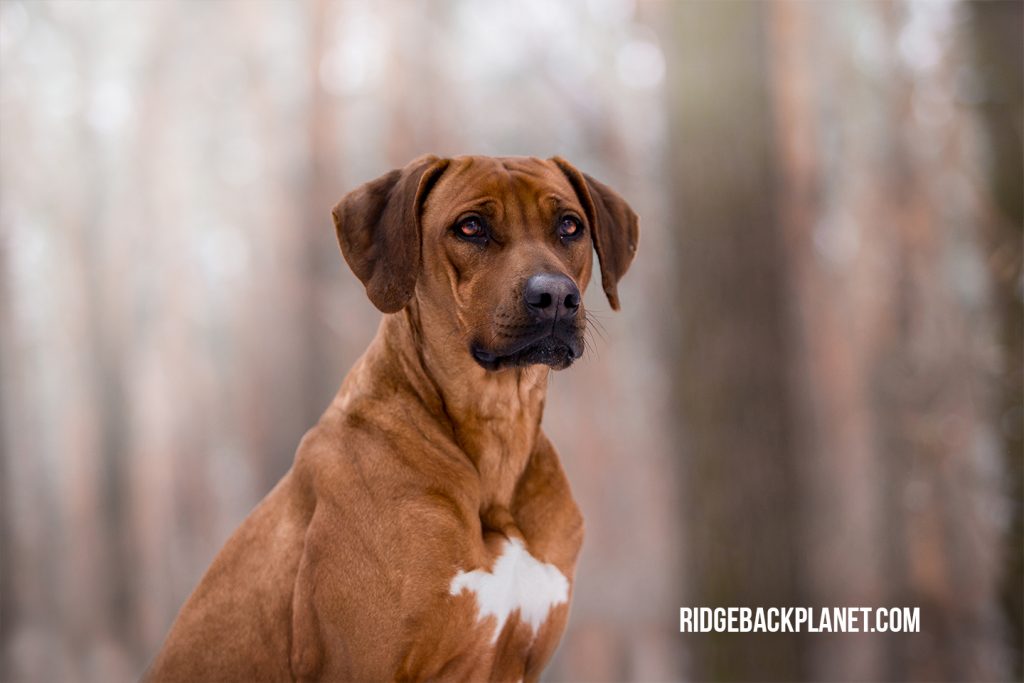 Because of the breed’s exciting history, it’s beautiful temperament, great health, and developed muscle structure, it’s really small price to pay for this dog. I didn’t mention, how much emotional pleasure you would get communicating and play with Ridgeback. Its gracious stature tells everything you have to know about ideal dog body.

Moreover, he would become a good friend for you like it happened with me. I wish you to share the same feeling with this intelligent dog.

As you can see the answer to the question: “How much does a Rhodesian Ridgeback cost?” is can be different and it depends on the country, state, and breeder. But in general, the price for Rhodesian Ridgeback is from $700 to $2500 not including other expenses like feeding, veterinarian services, training, etc. However, in my opinion, it’s worth paying money for this beautiful dog breed.

Hi! I’m Sviatoslav Oleksiv and this web-site is the place where I nerd out about Pets. As a dog lover, I’d be happy to share my knowledge and experience, which I get raising my Rhodesian Ridgeback puppy called Cooper.

Are Sphynx Cats hypoallergenic?
Written by Astrid Mannes • in Cats

The Sphynx is…an odd sort of cat. They show us what cats look like beneath all that fur. It certainly takes a moment to get used to it. But, could it possibly be that their lack of fur is the […]

About Fish And Their Hearing Anyone who has pet fish wonders if they can hear tapping on the tank, or sounds outside the tank. Fish don’t have ears like we do, so can fish hear? Yes, fish can hear, although […]

Can fish smell? 6 facts you didn’t know
Written by Mel Lee-Smith • in Aquariums

Most people are familiar with the old wives’ tale that sharks can smell blood a mile away. This actually isn’t true for most sharks, except for some species, like the lemon shark. Such myths raise a more relevant question: can […]

Do Fish Have Tongues? (Surprising Facts you should know)
Written by Megan Richards • in Aquariums

There’s no denying that fish are strange creatures, there always seems to be something new we can learn about them. I recently heard about a food called fried cod tongue and this got me thinking about whether or not fish […]