How Big do Rhodesian Ridgebacks get? Images included. - The Pets and Love

American Kennel Club state in their breed standard that a Rhodesian Ridgeback should weigh in at 85 lbs (38kg) for a male, and 70 lbs (32kg) for a female. Height wise females should be 24 to 26 inches and males slightly taller at 25 to 27 inches.

There is no doubting that the Rhodesian Ridgeback is a strong and muscular, large hound. They are also symmetrical and well balanced in outline and carry themselves well. They are slightly longer than they are tall which makes for an all-round well-balanced dog.

When it comes to how big a Rhodesian Ridgeback is and how much they should weigh the accepted guidelines have been laid by the American Kennel Club. They state in their breed standard that a Rhodesian Ridgeback should weigh in at 85 lbs (38kg) for a male, and 70 lbs (32kg) for a female. Height wise females should be 24 to 26 inches and males slightly taller at 25 to 27 inches.

Are Rhodesian Ridgebacks Hard To Control With Such Weight?

There is debate surrounding whether a Rhodesian Ridgeback is best walked on a harness or wearing a collar. Collars can cause this breed difficulty in breathing when they pull. However, as already stated with the right training they should not do this.

Harnesses, on the other hand, give this already powerful breed more pulling power through their chests. This can mean they are more difficult to control on them. Again, however, with the right training, this might not be the case. Our advice would be to invest in both and see what suits your Rhodesian Ridgeback best.

Are Rhodesian Ridgebacks Dangerous Because Of Their Size?

Potentially any dog could be dangerous if not trained and controlled properly. However, the Rhodesian Ridgeback with its great size and power has the potential to cause more damage. They are not, however, by nature a dangerous dog that is likely to cause harm.

It does need to be said that Rhodesian Ridgebacks are naturally protective dogs that will posture in defense of the ones they love. For this reason, it is incredibly important that your Rhodesian Ridgeback is subjected to lots of socialization and training to keep this under control.

Rhodesian Ridgebacks are not known to attack people, in fact, they are an incredibly friendly and loving dog with those they know. However, subjecting them to training in guarding could heighten this instinct and lead them to behave aggressively. For this reason, guard training should never be given to a Rhodesian Ridgeback.

Aside from people, Rhodesian Ridgebacks have a huge prey drive that will incline them to potentially chase livestock, neighborhood cats, and perhaps small dogs. This, of course, is genetic for this breed who for centuries was used as a hunting dog in Rhodesia, now known as Zimbabwe. Here, the Rhodesian Ridgeback protected their homesteads and owners from wild pigs, monkeys, and even the mighty lion.

Is A Rhodesian Ridgeback Too Big For A Flat?

The answer to this potentially rests on a few different factors such as how big exactly the flat is, and how much room there is for your Rhodesian Ridgeback to move around comfortably. They are a big dog and they do need room to move, wag their tails, and have their excitable moments.

Despite this, the Rhodesian Ridgeback does tend to be calm in the home and so can live in a flat quite happily and without a problem. You will, however, need a large couch so your Rhodesian Ridgeback can curl up next to you, or if you’ll allow it on your knee.

It is worth mentioning that not all apartment blocks allow pets, especially large dogs. So always check on the situation in the one you live in before adding a Rhodesian Ridgeback to your family.

Pros And Cons Of The Large Breed Rhodesian Ridgeback

I’m sure we are not telling you anything new when we say that by choosing the Rhodesian Ridgeback you are picking a mighty large dog. However, what you may not know are the pros and cons of this choice. So, here are just a few for you to consider.

Pros Of A Large Breed Dog

Cons Of A Large Breed Dog

Just as some breeds are more prone to certain illnesses than others, so are large breeds compared to small. This does not mean that your Rhodesian Ridgeback will necessarily suffer from them, but you will need to take them into consideration.

Other Large Dog Breeds To Consider

Still not sure which dog breed is best for you?
Go to the Dog Breeds Database
Related posts 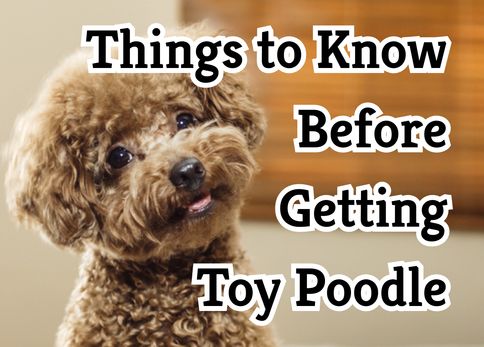 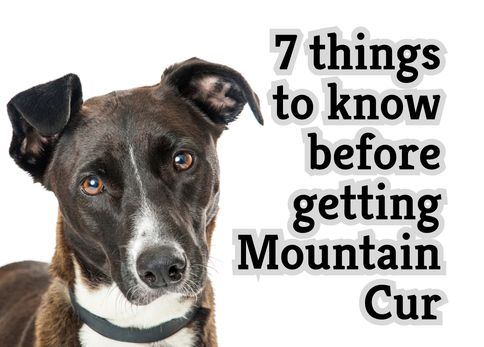 7 Things to Know Before Getting a Mountain Cur 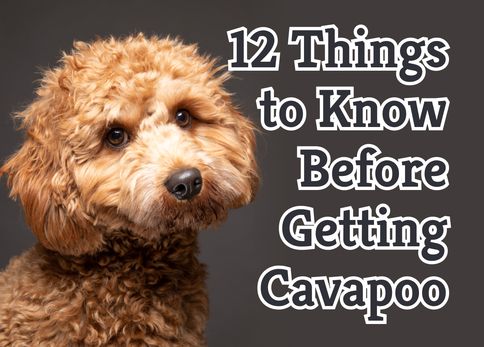 12 things to know before getting Cavapoo

Cavapoo dogs are a fascinating mixed breed between the Cavalier King Charles Spaniel and Poodle breeds. Here are 12 crucial things to know before getting the pup for yourself. 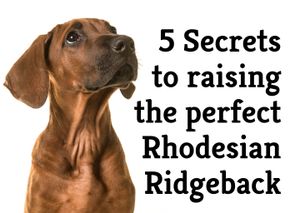 Once famous for its specific hunting skill set, the all-purpose Renaissance hound with a trademark ridge is now a cherished and loving companion. The Rhodesian ridgeback is a dignified yet affectionate dog with an even-tempered attitude. 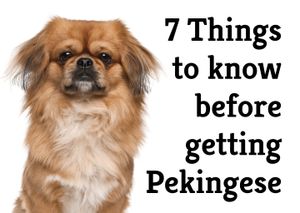 Your ideal household pet? 9 pros & cons about the Pekingese

Do you want to own a lion but you don’t have enough space at home? Do you want a pet that’s both gentle and loving but also absurdly active and playful? How about a pet that’s stunningly beautiful but also hilariously silly? 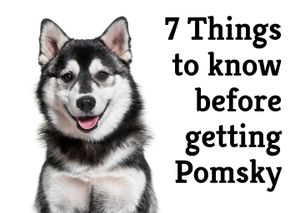 The 7 Ups and Downs of having a Pomsky pet

Do you want a Husky but… smaller? Or a Pomeranian but more driven and energetic? Then the Pomsky just might be the dog for you! 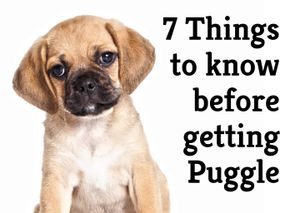 The 7 questions you need answered before you get a Puggle

A wonderful mix of a pug father and a beagle mother, puggles are one of the newest and most unique dog breeds in the world! What makes them so unique? Could it be the pug-like face on a stocky but still beagle-like body? Or the adorable snoring combined with a high-energy playfulness? This new and puzzling breed is one of the best things to come out of Wisconsin in a while and we’ll explore all its cool specifics below!

The 7 characteristics that make the Hungarian Puli special

Do you want a dog that’s both cute, funny-looking, loving, affectionate, playful, energetic, smart, and intelligent, as well as relatively rare and unique? Is there a breed that ticks all these boxes at once? How about the Hungarian Puli? These dogs are as fun to play with as they are to look at. Let’s check some of their specifics below. 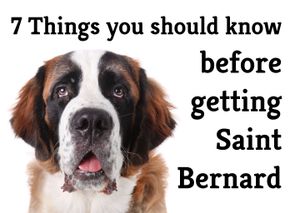 With 8 Beethoven movies and an animated TV series, Saint Bernards are one of the most filmed, famous, and beloved dog breeds. If there’s one thing that the Beethoven franchise has taught us, however, it’s that Saint Bernards are as fun to live with as they are difficult to manage. But how difficult are they to live with, exactly? Are they unmanageable or is it worth it to get one of these furry giants into your home? 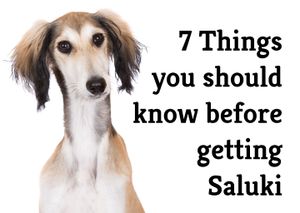 Quiet and dignified, Saluki dogs are the pets of pharaohs, kings, and sheikhs! These gorgeous hounds are unlike any other dog breed and are akin to a cross between a cheetah and a dog – both in terms of their physicality and their temperament! Do these dogs work well as family pets, however? And, more importantly – are they the right pet for you? 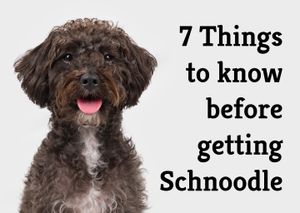 What do you get when you cross something awesome with something wonderful? A Schnoodle! A cross between two of the most popular, loving, social, smart, and playful family breeds, the Schnoodle is the near-perfect family companion. There are very few bad things to say about this breed and lots of great ones but we’ll try to be as extensive and objective as possible to help you figure out if the Schnoodle is the right breed for you. 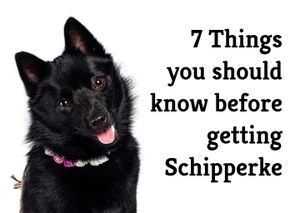 What are the 7 crucial pros and cons of getting a Schipperke?

Schipperkes, or the “Little Captains” of Belgium, sport one of the most unique looks of all dog breeds. Small, 100% black, with a lion-like mane, and a fox-like face, the Schipperke hound is courageous, curious, very social, and full of energy. This should make it a fantastic family pet, right? Then why isn’t it more popular? Is it the weird name, the weird look, or something else? Let’s investigate! 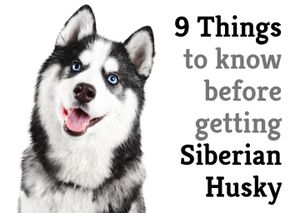 9 things you should know before getting a Siberian Husky

Siberian Huskies are the best long-distance runners in the dog world and are among the best endurance runners in all of the Animal Kingdom together with horses and humans. Do they make for good family pets, however? They ought to if they are so popular, right? Huskies are indeed great family pets but they come with a few surprises too. Read on to see what these are! 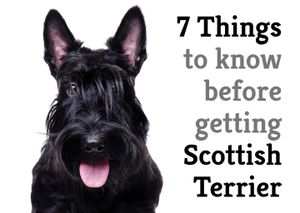 7 things you should know before getting a Scottish terrier

Have you ever wanted the life of a Scottish lord or lady? Well, that may not be easy to arrange but you can certainly live alongside a Scottish dignitary – just get a Scottish terrier for a pet! Is this as much fun as it sounds, however? Is a Scottie the right pet for you? Let’s investigate! 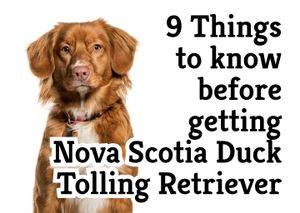 Have you ever wanted a Labrador Retriever but smaller and… different? Well, then you might like the Nova Scotia Duck Tolling Retriever.

7 Things To Know Before Getting An Affenpinscher

Toy dog breeds are quite a controversial subject. They have lots of benefits – they are adorable, compact, and easy to take care of. At the same time, their breeding is often very unethical and most toy breeds are incredibly sickly animals, with many having to live their lives with constant chronic diseases. What if there was a relatively healthy, old, and adequately bred toy dog breed, however? Enter the Affenpinscher! 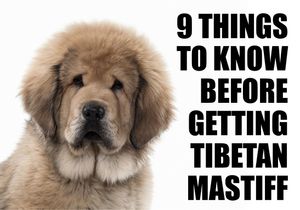 9 Things To Know Before Getting A Tibetan Mastiff Puppy

Have you ever dreamt of having a pet bear? While owning a bear is illegal in most countries, Tibetan Mastiffs are the next best thing. Or, even better, one might say. These amazing dogs can offer everything you’d want from a dog – fun playtime, cozy snuggles, and a faithful and unyielding protector. Are they easy to take care of, however, or are there some things you should know before getting a Tibetan Mastiff? 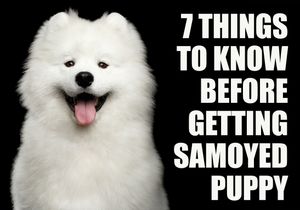 7 Things To Know Before Getting A Samoyed Puppy

Samoyeds are beautiful dogs with a terrifying name – but are they good pets? Well, it depends on what you’re looking for. Do you love spending time outside and play with your four-legged pal? Would you enjoy “talking” with your dog at home all day? How do you feel about brushing your dog’s hair for half an hour every day? If all this sounds interesting, then read on.

7 Things To Know Before Getting A Presa Canario

The Presa Canario is one of the most powerful and frightening dog breeds out there but does it make for a good pet? It’s easy to be tempted to get such a gorgeous and captivating dog. The Presa basically looks like an extra-large pitbull on steroids - what’s not to love about that?! Well, nothing, the Presa is a fantastic dog! However, there are some things you should consider as the breed isn’t really suitable for everyone. 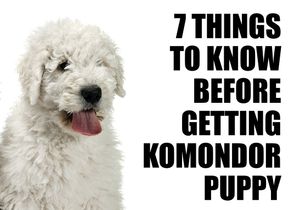 7 Things To Know Before Getting A Komondor Puppy

Did you know that the plural of Komondor is actually “Komondorok”? And that’s not even the most bizarre thing about this breed! Komondor dogs are a breed of contradictions. They are large and powerful but also fast and agile. They have the most absurd coat in the canine world but they don’t actually shed much. They are calm and quiet at home but need lots of outdoor exercise. So, is this the right breed for you? Let’s get into some specifics below.