After my husband got bit by a fish while giving scuba-diving lessons, I decided to do a little research, and I came across fascinating facts about fish I had no idea about. The most interesting information I found was about fish and teeth.

Fact #1. Fish Don’t Chew Their Food. Then Why Do They Have Teeth?

Most mammals have teeth because they need to chew their food. But not all animals have teeth. This includes birds, anteaters, turtles, and adult whalebone whales, as well as sea horses, pipefish and adult sturgeon.

Fish, on the other hand, don’t chew their food but have teeth. The reason why fish developed teeth is to capture and cut the prey while they are swallowing it whole or in big chunks.

There are many types of fish teeth, and they depend on the fish’s diet.

There are fish that sort of chew their food. This place is reserved for sheepshead and the redear sunfish who feed on clams and snails.

This type of fish uses special molars in the back of their throat to crush the hard shells of crustaceans and mollusks, and then they swallow the soft bits. Sheepshead fish have human-like teeth.

Most herbivorous fish grind their food in a similar way humans do. This includes surgeonfish and parrotfish which are scraping on reef algae.

Some fish, like the largemouth bass, channel catfish and certain types of sand sharks have sandpaper-like teeth. Other species, like barracuda, needlefish, and gar have needle-like teeth.

Some fish species like the piranha and the great white shark use their teeth to tear chunks of flesh. That’s why their teeth are razor sharp and can even crush a human hand in 5 to 10 seconds.

Other species like the bluefish, the Spanish mackerel, giant catfish and sharks, also have really sharp teeth that they use to actually cut the prey into small pieces, swallowing them as they swim.

If you think your pretty goldfish doesn’t have any teeth, you are definitely wrong. They are hiding their teeth at the back of their throat. Much like shark teeth, the goldfish replaces its teeth throughout its lifetime.

Fact #2. There are fish With Human-Like Teeth

Check out the most interesting fish with teeth that resemble human teeth:

Have you ever seen a sheepshead fish? They look hilarious because their teeth look just like ours. They have incisors located at the front of the jaw with two rows of molars in their lower jaw and three rows in their upper jaw. Now, that’s a lot of teeth. In addition to that, the sheepshead has a set of strong, heavy grinders at the back of the throat that they use to crush the hard shells of their prey.

Pacu fish, although related to the piranha, have teeth that are much more square than their scary brothers. Because Pacu fish are freshwater omnivores that prefer vegetables, their teeth evolved to look similar to humans.

If you are not the adventurous type, you probably haven’t been in contact with other fish than the ones in your pretty little aquarium. As we mentioned earlier, there are as many types of fish teeth as there are fish. Here are few that may cause you some nightmares:

This predator is something you wouldn’t want to come across when swimming and chilling in the Congo river. It has 32 sword-shaped teeth, and each one of them is about an inch long.  This fish also called giant tigerfish, or Mbenga is reported to be the only African freshwater fish to attack humans. With such a reputation, you may want to stay onshore.

The deeper you go in the sea, the scarier the fish will be. Although small, this deep-sea fish has big teeth, and it looks terrifying. In addition to that, the teeth are fang-like teeth so it can grab and tear their prey into pieces. I know I won’t be going swimming in the deep sea where this fish lives, would you?

It never occurred to me that all fish have teeth. I couldn’t see them in my guppies. I later read that it really isn’t easy to notice them.

Depending on the species, fish teeth can be found inside the lips or along their jaws. Some species have teeth on their tongues, and some have teeth positioned at the back of the throat, known as pharyngeal teeth, used to process the food and move it from the mouth to the stomach.

Most bony fish have two sets of jaws made of bones. This includes oral jaw and pharyngeal jaws.

Other species, like the cartilaginous fish, have only one set of oral jaws made out of cartilage. Sharks and rays belong to this species.

But how are fish’s teeth similar to humans?

Fact #5. The Top 5 Deadliest Fish In The World

Besides having sharp teeth that can cut a big fish into pieces, there are fish that kill their prey differently. Take a look at the list of deadliest fish in the world, even dangerous to humans.

The first one on the list is the box jellyfish.

It is known as the most venomous creature on the planet. No matter how big the prey is, the potent venom will affect the heart and the nervous system in no time. In humans, the poison will most likely cause heart failure before they reach the shore. Every year, 100 people die from a jellyfish attack.

The second on the list is the puffer fish.

This type of fish is considered the second most poisonous vertebrate in the world. There are 120 different species of puffer fish, and most contain tetrodotoxin, a venom more poisonous than cyanide.

Another fish that kills with its venom is the stonefish.

The stonefish can be found in tropical waters of Indo-Pacific oceans. They have 13 sharp dorsal spines that contain extremely poisonous venom. The sting is not only excruciating, but it causes swelling, diarrhea, vomiting, breathing difficulties, and paralysis. If not treated immediately, the venom of the stonefish can be fatal.

Native to South American rivers, lakes, and reservoirs, this small fish may look very innocent, but their teeth are razor-sharp, causing damage to their prey and posing a great danger to humans too. They have one of the strongest bites for a bony fish, and they usually hunt their prey in schools.

Last but not least is the electric eel.

This is another South American fish that can be deadly to many sea creatures. The electric eel is a long and heavy fish that has the ability to produce very powerful electric shocks, ranging from 300-600 volts in order to stun its prey. Such a powerful shock can easily jolt a human too.

Are fish bites dangerous? Little tank fish have small teeth. Although they do bite, it’s not harmful to the human. Large fish, on the other hand, such as sharks and barracudas, can cause serious bite wounds. Although rare, these fish can dismember or even kill humans.

What happens if you touch a fish? Fish have delicate gills. If you want to lift a fish in your hands, the proper way is to hold it under the gill latch in one hand, while the other hand is placed in front of the tail. It’s not recommended to lift a fish out of the water by holding the belly part.

Can a catfish kill you? Although highly unlikely, there was a case where a catfish’s spine punctured a man’s heart. As a result, the man died instantly. This is a rare case. Usually, catfish spines can hurt, even for days, but aren’t likely to kill a human. 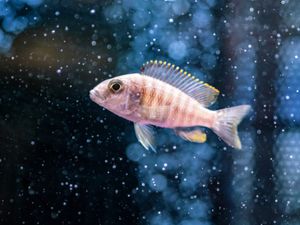 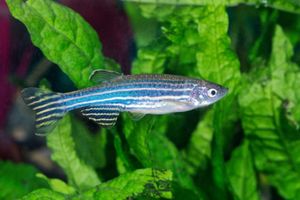 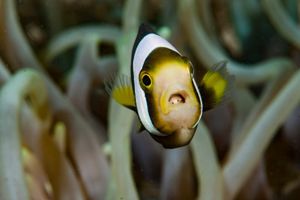 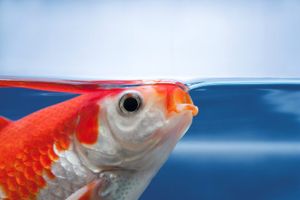 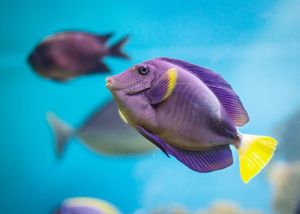 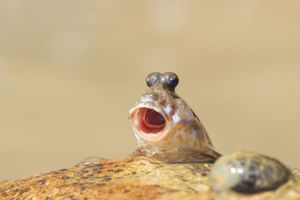