The 7 Ups and Downs of having a Pomsky pet

Do you want a Husky but… smaller? Or a Pomeranian but more driven and energetic? Then the Pomsky just might be the dog for you!

What are the key characteristics that make Pomsky dogs special?

The Pomeranian Husky or just Pomsky is special by its very existence. This new breed is so incredibly unique that Pomsky pups have to be inseminated artificially, otherwise, their Pomeranian moms might get hurt!

The whole process is worth it, however, as Pomsky puppies get the best of both worlds – small in stature and with huge hearts, these mini Huskies are social, lovable, playful, and much more manageable than their larger counterparts.

Keep in mind that the size isn’t a guarantee, however – it’s not that uncommon for a Pomsky to actually grow to be bigger than expected. In fact, sometimes they get as big as actual Huskies!

The 7 things you should know before getting a Pomsky pup

1. These mini huskies are incredibly intelligent and fun to play with

Like their parent breeds, the Siberian husky and the Pomeranian, Pomsky puppies are incredibly intelligent, more so than many other dog breeds. This is fantastic for dog owners who love to interact with their dogs, to teach them tricks and tasks, to play with them, or even just to talk with them.

Indeed – like Siberian Huskies, the Pomeranian Husky is a very talkative breed. When Pomsky dogs want something, they’ll tell you. When they are happy, they’ll vocalize it. When they’re grumpy – they’ll make sure you know about it.

2. The Pomsky are gentle, lovable, and confident dogs

As a new breed, Pomsky pups don’t have a very “fixed” temperament yet – what the character of each puppy is depends largely on the parents and on the pup’s upbringing. However, like Huskies and Pomeranians themselves, Pomsky pups are generally quite loving and gentle toward their family members.

They are confident and self-driven too, so expect a bit of well-meaning character from them too.

3. This breed has moderate exercise requirements and lots of playtime

Pomsky pups are very playful and have lots of energy to spare. That said, as a small breed, they don’t need too much outdoor time – two prolonged walks per day are generally enough for them. The rest of the day, Pomsky pups are more than happy to express their energy indoors, chasing balls, playing with you and your kids, and so on.

That being said, Pomsky dogs need to spend their energy – these aren’t lap dogs, regardless of how adorable they are. If you intend to just lock them and leave them alone all day, you’ll be left with a very bored, grumpy, and potentially even depressed, uncooperative, and destructive dog.

So, get a Pomsky if you want a playful dog and if you are ready to play with it.

4. The Pomsky gets along swimmingly with both children and other pets

Some breeders and trainers are hesitant to dub this breed as “good with children” because it’s fairly new and not fully understood yet. And, of course, as with any other dog, Pomskies need to get the proper child & baby training before you can safely leave them alone with your toddler.

That being said, from everything we’ve seen and know about this breed, Pomskies are great with kids. They are small enough to not accidentally harm a child yet big and sturdy enough to not get hurt themselves. They are smart, social, and gentle too – must-haves for any child-friendly breed.

As far as other dogs and pets are concerned – Pomskies can be great with them too. Even cats! All that’s needed is proper socialization between the Pomsky pup and the other animal and that’s it.

1. While intelligent, the Pomsky breed is quite stubborn and difficult to train

High intelligence is a two-edged sword when it comes to dogs. While adorable for pets and useful for working dogs, it also tends to make many breeds harder to train.

Why would high intelligence make dogs harder to train? Doesn’t it mean that they can better understand commands?

Yes, it does. But it also means that they have a mind of their own and are more likely to choose to disregard those commands even though they understand them. This doesn’t mean that your Pomsky doesn’t love or respect you – it just means that it’s its own person.

So, what does that mean for you?

It means that if you want a Pomsky you’ll need some know-how on how to train them. Obedience training is especially important early on in the pup’s life. Ideally, you will have some experience with dogs before getting a Pomsky or you are a very fast learner. If not, don’t hesitate to contact a professional dog training – proper obedience training during the first year of the pup’s life can determine how the rest of its life with you is going to go.

2. The Pomksy breed has a gorgeous coat but requires quite a bit of grooming

Pomskies are adorable and gorgeous, no one would deny that. However, that silky long hair with a thick undercoat they inherit from their Siberian husky parents needs some care to stay in a good condition.

What type of care?

The hands-on type. You should brush your Pomsky’s coat about 3-5 times per week or even every day during their shedding period. And said shedding period can often last for half the year, so – get a good brush.

Weekly baths are also a good idea, especially after prolonged play sessions in the park.

As for other physical care, it’s generally a good idea to check the Pomsky’s eyes and ears for dirt and clean them regularly to avoid infections. A weekly or bi-weekly brushing of the teeth is also advisable as is clipping their nails if they don’t get enough outdoor time in the winter.

All in all – make sure that you take good care of your Pomsky. As a new breed, we don’t know much about their potential health risks and predispositions so cover all your bases by giving your Pomsky pup all the care you can.

3. This is a pretty expensive breed

If you want to adopt a Pomsky from a shelter or a rescue you may face some problems finding such a pup there – as a new and rare breed, Pomskies are not exactly over-represented in shelters.

Why is this mini Husky mixed breed so expensive?

Largely, because of their rarity and high demand. However, they are also difficult to breed in the sense that they require artificial insemination. Without this method, the small Pomeranian mother can have health problems giving birth to a large puppy. Keep in mind that not all Pomskies are small – some can be as large as a regular Siberian husky!

In short – prepare your wallet if you want a Pomsky. Not only are they expensive to buy but their rarity can mean inflated vet bills too.

Quick note: However much the Pomsky costs and from whatever breeder you’re getting it, make sure that you get a health certificate too – for both the pup and the parents. If you have to spend more on a trustworthy and reputable breeder that offers a health certificate instead of a more affordable one that doesn’t – it’s better to spend the extra cash. This will not only ensure a healthy pup but will also save you much more on vet bills later on.

Who are Pomsky dogs “right” for?

Pomskies are great for apartments due to their smaller size, they are great for families with kids or other pets, and they are especially recommended for people in moderate-to-cooler climates.

That being said, they are also right for people who know what they are doing with a dog. If you’ve never had a dog before, if you can’t be bothered to read some books on obedience training and to go through the whole process, and if you don’t want to hire a dog trainer, it’s best not to get a Pomsky.

How to prepare for getting a Pomsky pup?

First and foremost, you must read up on obedience training. The rest is really easy to sort out after that. Pomskies are small, playful, social, and easy to get along with once they’ve gone through the proper training. So, as long as you’re ready to do that, the rest is just a matter of getting the right tools such as doggie bowls, hairbrush, etc. 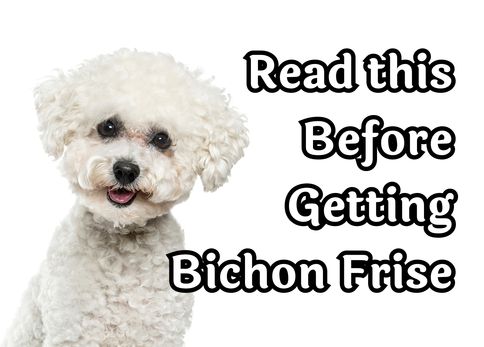 30 Questions То Consider Before Getting A Bichon Frise

Bichon Frise dogs are gorgeous and adorable. Are they good pets, however? To find out if this is the right breed for you, check out these 30 key points. 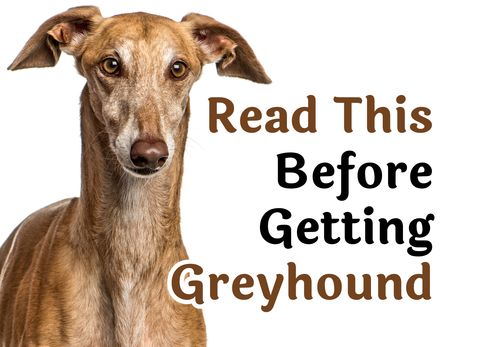 30 Questions То Consider Before Getting A Greyhound

Greyhounds are unique and fascinating dogs. Do they make good pets, however? Check out our 30 key questions to find out 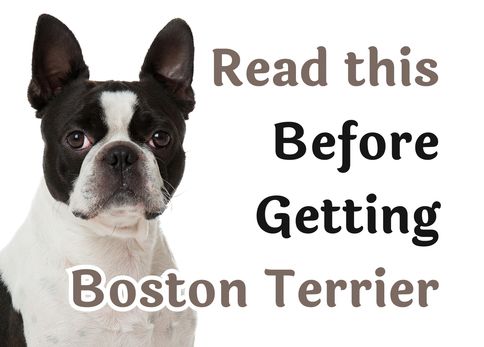 25 Questions То Consider Before Getting A Boston Terrier

Are you looking for a small, feisty, and fun dog to get for your home? If so, the Boston Terrier might be the right pet for you. 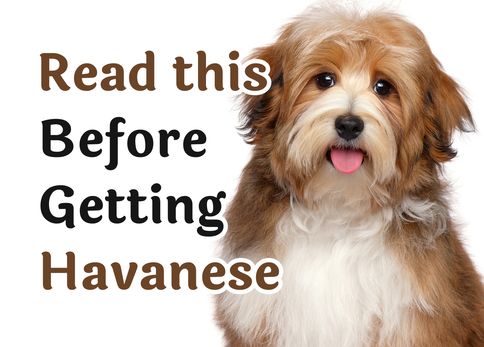 25 Questions То Consider Before Getting A Havanese

Are Havanese dogs the right breed for you? Check this article and the 25 key questions in it to find out if Havanese dogs are suitable for you. 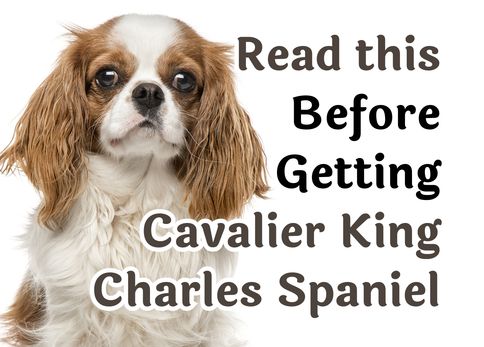 24 Questions То Consider Before Getting A Cavalier King Charles Spaniel

Cavalier King Charles Spaniels are a truly unique breed but does that make them the right breed for you? Check this quick guide to find out. 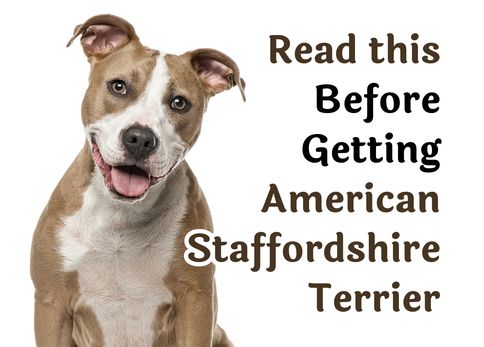 28 Questions То Consider Before Getting An American Staffordshire Terrier

American Staffordshire Terriers are a special breed for special people. Check our quick breed guide to see whether Staffies are the right breed for you. 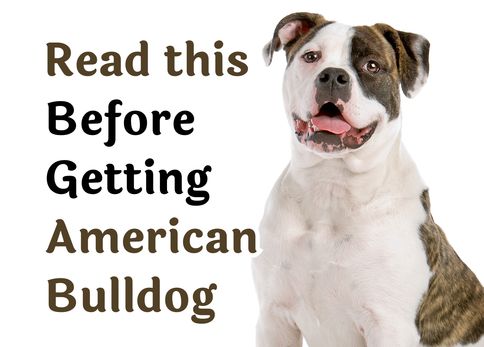 28 Questions То Consider Before Getting An American Bulldog

American Bulldogs are special dogs for special people. Is this breed the right fit for you, however? Check out our answers to the key bully questions here. 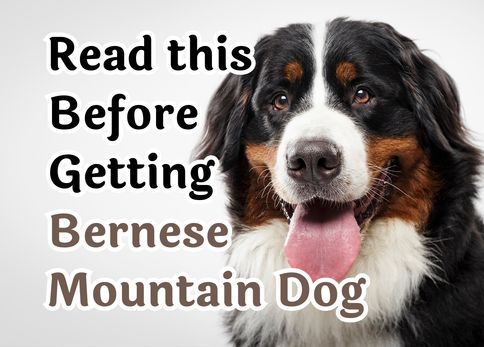 25 Questions То Consider Before Getting A Bernese Mountain Dog 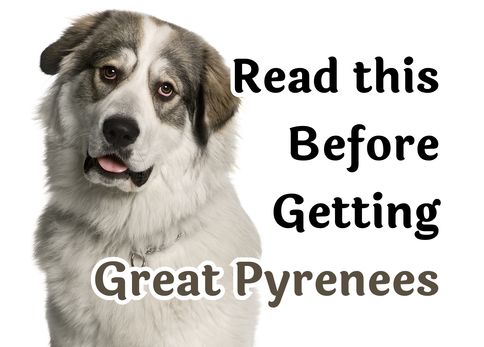 22 Questions То Consider Before Getting A Great Pyrenees

Want a giant cuddly fluff ball? Want a gorgeous dog that you won’t mind grooming? How about the Great Pyrenees? 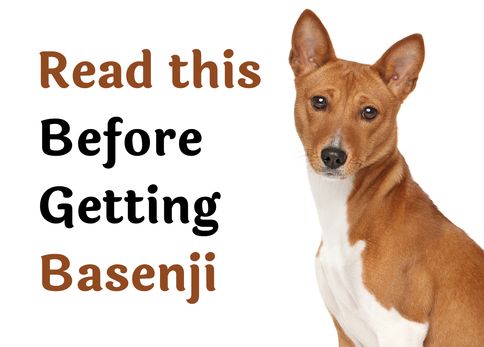 25 Questions То Consider Before Getting A Basenji Pet

Are you looking into the Basenji breed as a potential family pet? Here’s everything you need to know about Basenji dogs. 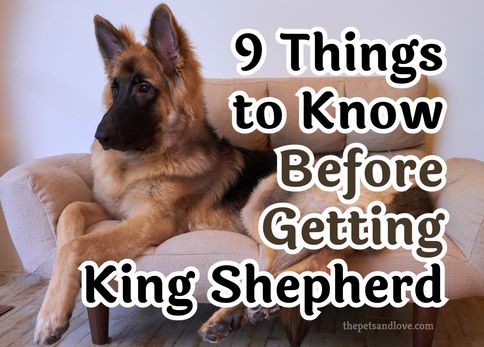 22 Questions То Consider Before Getting A King Shepherd

King Shepherds are impressive dogs and great family pets. Are they the right dog for you, however? Let’s go over what you need to know here. 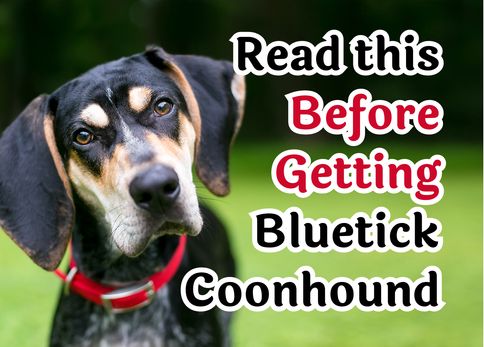 22 Questions То Consider Before Getting A Bluetick Coonhound Pet 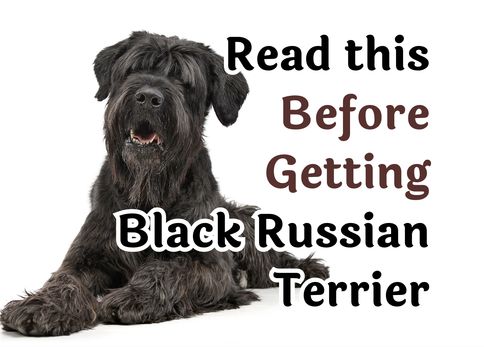 22 Questions To Consider Before Getting A Black Russian Terrier 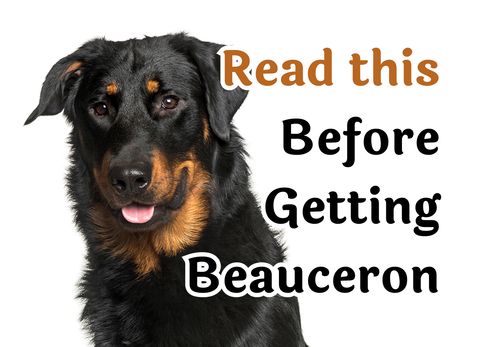 24 Questions То Consider Before Getting A Beauceron

Beaucerons are unique dogs in more ways than one. Is a Beauceron the right dog for you, however? Read on to see what’s special about this breed. 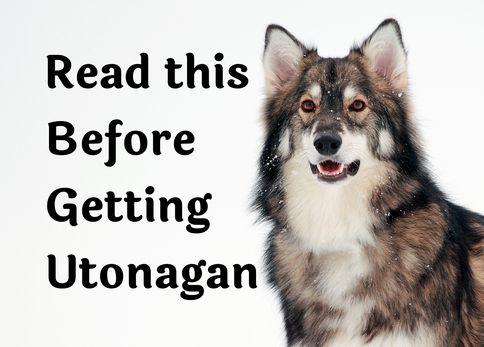 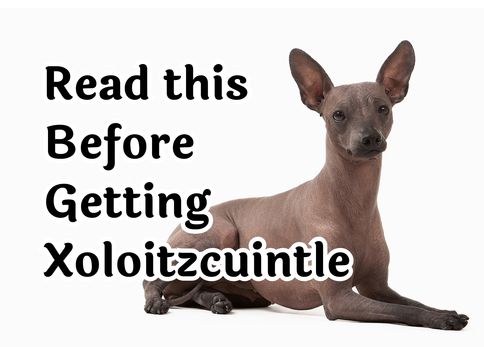 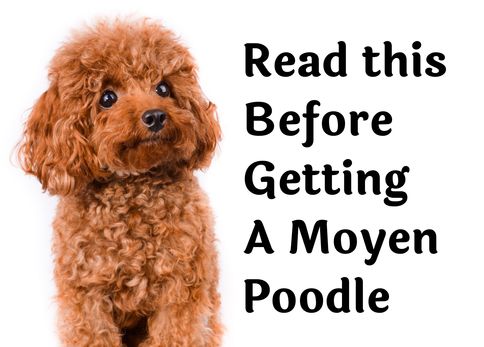 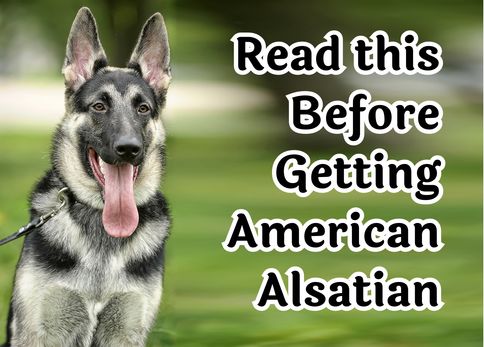 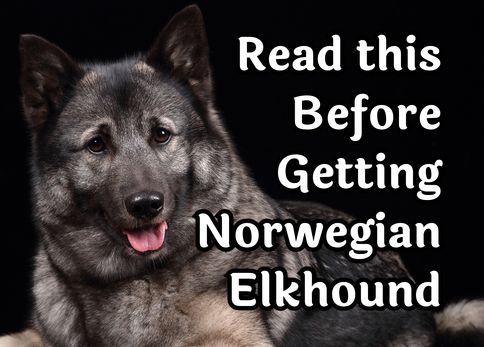 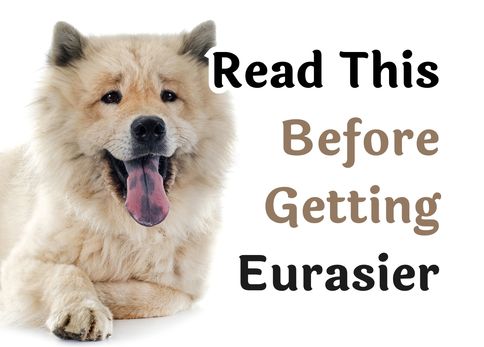